So, this year 2020, I am hoping to push on with the live shows , I’ve got myself a great band together and we are looking to do a small tour later in the year!

The band are all really experienced players, we’ve already done a few gigs together and as a seasoned performer there’s nothing quite like it.  I have always played live gigs when I can, especially in the early days around Lancashire and Manchester, there was always a drummer and keyboard player in most venues so I had all of my sets written out for them.  of course with the demise of the club circuit they tended to go more for self contained acts as it was cheaper in the long run.  The thing with using tracks, and I’m not gonna knock it because I have earned a good living using them, but, its so synthetic as a performance, everything is always the same with a pre recorded track, whereas with a band, no 2 shows are ever the same and the buzz you get from creating that sound and performance just cannot be replicated using a track!

Keep an eye out in future where I will be playing, I promise you a great night! 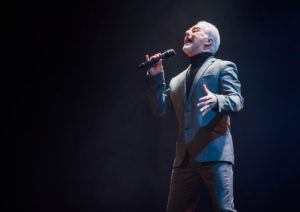 This site uses cookies to ensure the best experience.That's fine.